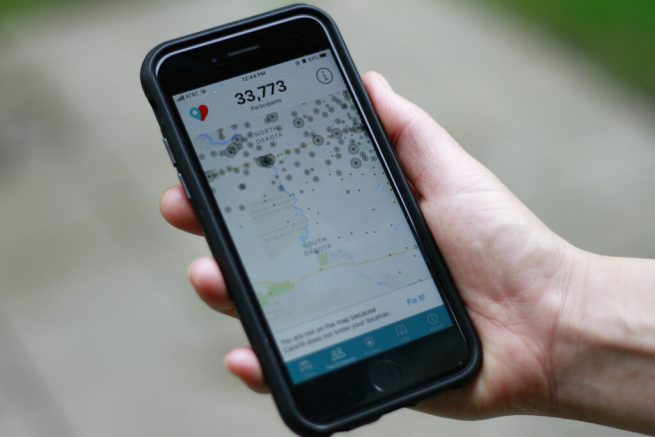 The Care19 app is seen on a cell phone screen, Friday, May 22, 2020, in Sioux Falls, S.D. Care19, a contact tracing app is being pushed by the governors of North Dakota and South Dakota as a tool to trace exposure to the coronavirus. (AP Photo/Stephen Groves)

As states continue taking steps towards reopening, local governments are looking at ways to avoid a potential second surge in new coronavirus cases. One of those possible solutions is contact tracing. The process can be used two ways to trace the spread of this virus.

First, the state can hire a group of tracers or health investigators who call people that were confirmed to have COVID-19. Then they question them to figure out all the places they have been, so they can then notify others who may have been exposed. Some officials, however, have said this process can be long and troublesome.

“I get people that lie all the time,” said Maria Dicaro, a health investigator in Salt Lake City, Utah. “I try to get as much information from the beginning, but it’s just not always the case.”

The other way is to use contact tracing technology on a phone app, which can track a person’s movements and notify them if they came into contact with a person who was either exposed to the virus or tested positive.

“So, if both of us were on a subway for ten minutes, which is the CDC guidelines for minimum exposure time, and later I went back home and submitted a report that said that I was positively diagnosed, and this would, of course, be validated by a health care authority, you would then get an automatic notification on your phone saying you might have been exposed,” explained Justin Chan, doctoral student at the University of Washington. “And you’d potentially want to quarantine or self-isolate to prevent further spread of the disease.”

At least 22 states have launched some form of contact tracing phone app in hopes of curbing the spread in their areas. Some states have seen glitches and other tech issues with these apps, in turn, making it less effective.

“Now, as we attempt to transition to open back up our economy, we’re simultaneously moving to this second initiative of testing: contact tracing and isolation of people who, in fact, are infected,” said Gov. Jay Inslee (D) Washington. “We think of this as a smart weapon against this virus. ”

Meanwhile, Apple and Google released a new update for the iPhones IOS system, which includes contact tracing technology. This means America’s more than 100 million iPhone users will have access to the technology, which Apple hopes will help combat the pandemic by keeping track of coronavirus cases on a national level as opposed to a state by state basis. 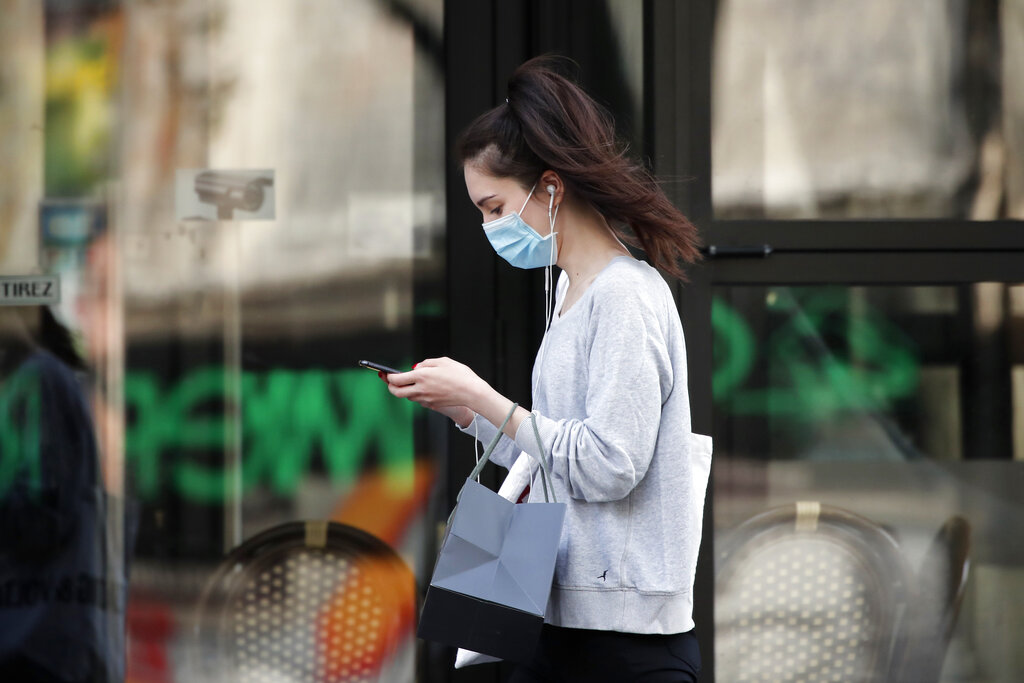 FILE – In this photo taken on April 20, 2020, a woman wearing protective face mask looks at her phone past a closed restaurant during a nationwide confinement to counter the COVID-19, in Paris. French lawmakers are set to vote on whether allowing or not France’s contact-tracing app designed to contain the spread of the coronavirus that is raising privacy concerns. (AP Photo/Francois Mori, File)

Other countries like Australia and the U.K. are also utilizing such technology and sound optimistic.

Meanwhile, researchers have said it will take time to tell whether these applications are effective in fighting the spread of COVID-19. One thing we do know is personal hygiene and social distancing is a good way to flatten the curve.