Space is getting crowded. Aging satellites and space debris crowd low-Earth orbit, and launching new satellites adds to the collision risk. The most effective way to solve the space junk problem, according to a new study, is not to capture debris or deorbit old satellites: it’s an international agreement to charge operators “orbital-use fees” for every satellite put into orbit.

Orbital use fees would also increase the long-run value of the space industry, said economist Matthew Burgess, a CIRES Fellow and co-author of the new paper. By reducing future satellite and debris collision risk, an annual fee rising to about $235,000 per satellite would quadruple the value of the satellite industry by 2040, he and his colleagues concluded in a paper published today in the Proceedings of the National Academy of Sciences.

“Space is a common resource, but companies aren’t accounting for the cost their satellites impose on other operators when they decide whether or not to launch,” said Burgess, who is also an assistant professor in Environmental Studies and an affiliated faculty member in Economics at the University of Colorado Boulder. “We need a policy that lets satellite operators directly factor in the costs their launches impose on other operators.”

Currently, an estimated 20,000 objects—including satellites and space debris—are crowding low-Earth orbit. It’s the latest Tragedy of the Commons, the researchers said: Each operator launches more and more satellites until their private collision risk equals the value of the orbiting satellite.

So far, proposed solutions have been primarily technological or managerial, said Akhil Rao, assistant professor of economics at Middlebury College and the paper’s lead author. Technological fixes include removing space debris from orbit with nets, harpoons, or lasers. Deorbiting a satellite at the end of its life is a managerial fix.

Ultimately, engineering or managerial solutions like these won’t solve the debris problem because they don’t change the incentives for operators. For example, removing space debris might motivate operators to launch more satellites—further crowding low-Earth orbit, increasing collision risk, and raising costs. “This is an incentive problem more than an engineering problem. What’s key is getting the incentives right,” Rao said.

A better approach to the space debris problem, Rao and his colleagues found, is to implement an orbital-use fee—a tax on orbiting satellites. “That’s not the same as a launch fee,” Rao said, “Launch fees by themselves can’t induce operators to deorbit their satellites when necessary, and it’s not the launch but the orbiting satellite that causes the damage.”

Orbital-use fees could be straight-up fees or tradeable permits, and they could also be orbit-specific, since satellites in different orbits produce varying collision risks. Most important, the fee for each satellite would be calculated to reflect the cost to the industry of putting another satellite into orbit, including projected current and future costs of additional collision risk and space debris production—costs operators don’t currently factor into their launches. “In our model, what matters is that satellite operators are paying the cost of the collision risk imposed on other operators,” said Daniel Kaffine, professor of economics and RASEI Fellow at the University of Colorado Boulder and co-author on the paper.

And those fees would increase over time, to account for the rising value of cleaner orbits. In the researchers’ model, the optimal fee would rise at a rate of 14 percent per year, reaching roughly $235,000 per satellite-year by 2040.

For an orbital-use fee approach to work, the researchers found, all countries launching satellites would need to participate—that’s about a dozen that launch satellites on their own launch vehicles and more than 30 that own satellites. In addition, each country would need to charge the same fee per unit of collision risk for each satellite that goes into orbit, although each country could collect revenue separately. Countries use similar approaches already in carbon taxes and fisheries management.

In this study, Rao and his colleagues compared orbital-use fees to business as usual (that is, open access to space) and to technological fixes such as removing space debris. They found that orbital use fees forced operators to directly weigh the expected lifetime value of their satellites against the cost to industry of putting another satellite into orbit and creating additional risk. In other scenarios, operators still had incentive to race into space, hoping to extract some value before it got too crowded.

With orbital-use fees, the long-run value of the satellite industry would increase from around $600 billion under the business-as-usual scenario to around $3 trillion, researchers found. The increase in value comes from reducing collisions and collision-related costs, such as launching replacement satellites.

Orbital-use fees could also help satellite operators get ahead of the space junk problem. “In other sectors, addressing the Tragedy of the Commons has often been a game of catch-up with substantial social costs. But the relatively young space industry can avoid these costs before they escalate,” Burgess said.

This document is subject to copyright. Apart from any fair dealing for the purpose of private study or research, no
part may be reproduced without the written permission. The content is provided for information purposes only. 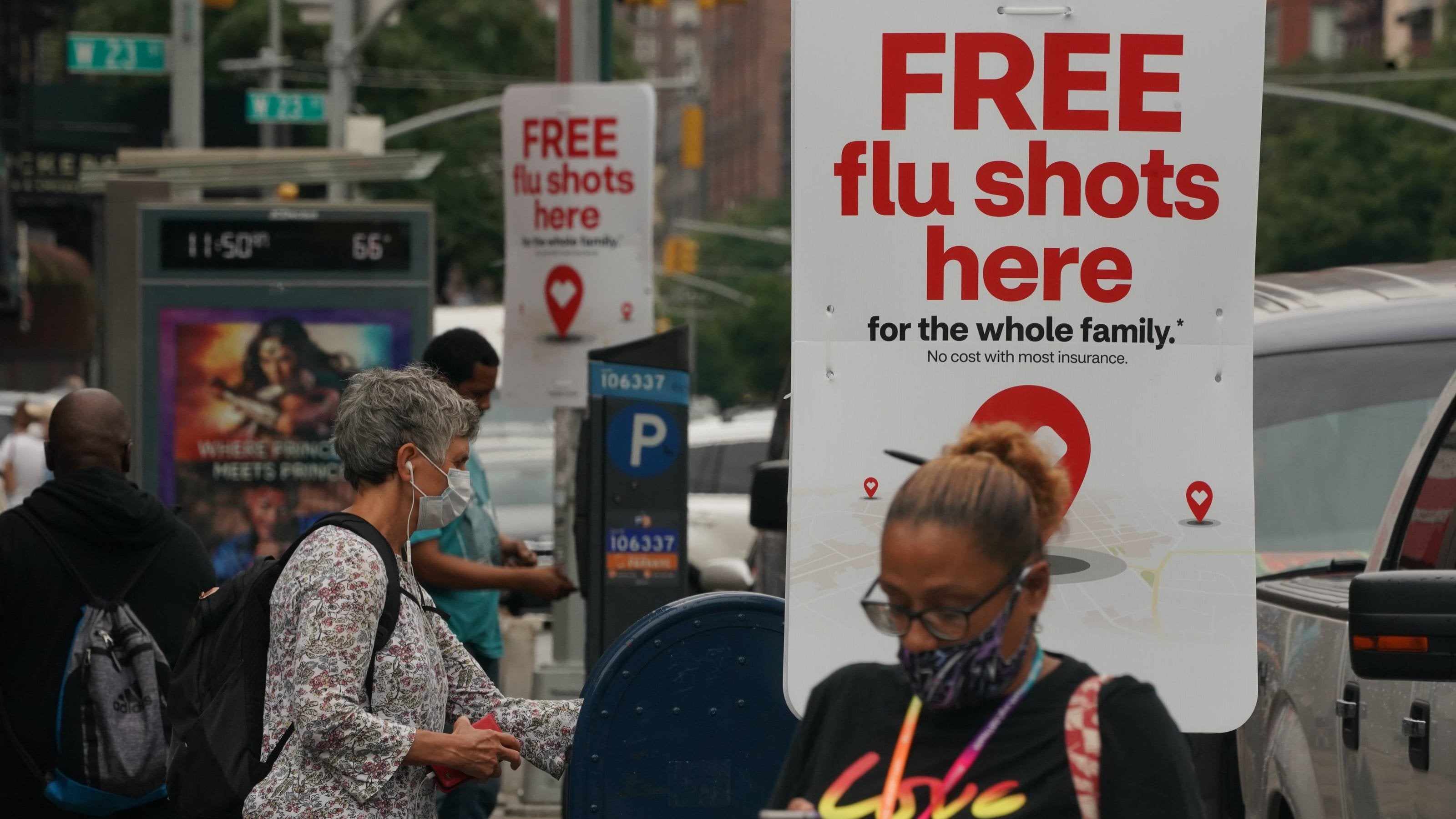 r/Health – It’s crucial to get a flu shot this year amid the coronavirus pandemic, doctors say: experts recommend older people and those who are immunocompromised wait until mid-fall to get their shots so it lasts throughout the entire flu season.

Coronavirus cases in North Carolina surpass 20,000 with over 700 deaths